Rearrange the following sentences according to sequence and rewrite them in a paragraph.

a. Some of his best works are Gitanjali, Sonar Tari, Kheya and Balaka.b. He had no regular school education.c. Rabindranath Tagore was born at Jorasanko in Kolkata on May 1861.d. He established a school at Shantiniketon, and afterwards founded the University of Vishwabharati.e. He was educated at home by his father and tutor.f. He composed Gitanjali a book of poems and won the Nobel Prize in 1913.g. He was a man of versatile genius.h. He was a poet, dramatist, a short story writer, novelist and an essayist.i. He was a great patriot.j. His father was Maharshi Debendranath Tagore.

a. The tension of the war hung on the air.b. She switched on the radio.c. It was the eve of the World War II,  October.d. Her husband William Smith and son William Smith junior were off to the border.e. A deep male voice floated in.f. Mrs. Smith sat on her favourite Rocking chair and closed her eyes.g. Mrs. Smith was restless.h. It was dark, quite dark.i. It was an invasion alarm.j. It was a long tiring day.

a. Dickens had to work in a factory at the age of twelve.b. He wrote some of the best novels in English literature.c. Charles Dickens was one of the       greatest English novelists of the nineteenth century.d. He could not go to school and receive education.e. When he was a school boy, was sent to prison for debt.f. Dickens died on June 1870.g. He was born on February 7, 1812 at Portsmouth.h. Even during life time. He was exceptionally popular.i. But by the time, he was twenty five years old, he had become well known as a writer of great talent.j. He never forgot his hard experience of his boyhood. 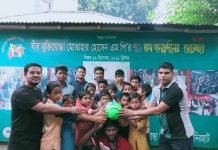 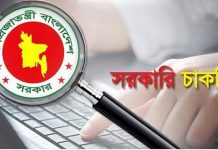 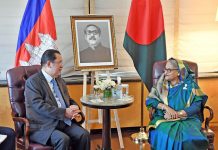 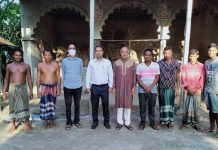